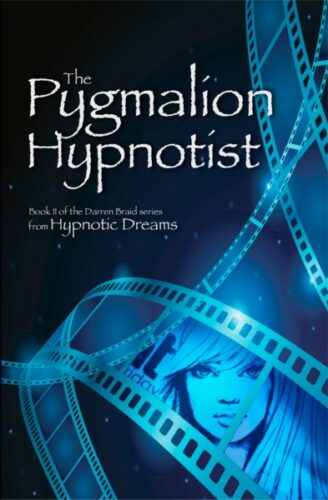 Part of the Darren Braid series:

But under hypnosis the starlet reveals repressed memories of a childhood abduction and abuse. Investigating further, Braid discovers that Liza had been stolen as a child and sold to a ring of pedophiles. While helping her deal with her trauma he discovers she can identify one of the FBI's most wanted, a sadist who mentors pedophiles in hidden regions of the internet.

Braid must work with the FBI to track down Liza's abusers and prepare her to face the man who tortured her as a child.

“The story has a bold arc, a solid middle and a hopeful end. “ - InD'Tale Magazine.

Clucking like a chicken won’t be a concern, but delving into the world of pedophiles and slavery is a topic only meant for the strong of heart. The story has a bold arc, a solid middle and a hopeful end.

An engrossing, intelligently written book about how a brilliant hypnotist and a dedicated FBI agent save a survivor of a pedophile reuniting her with her mother and stopping the pedophile.

Being a longtime listener to this author's audio files and reading his short stories, I was very interested in checking out this book. This book was just as good as his audio recordings or his other stories and I look forward to whatever he puts out next. This had a good mix of humor, adventure, mystery, drama and hypnosis that made it hard to put it down for any length of time. He effortlessly created a story that had many aspects to it and kept expanding throughout until he wrapped up the end of the story. It seemed like the end came much too soon for me though and I hope that there will be another story to follow this one. I haven't read the book prior to this, Redemption for the Hypnotist, but even though it's mentioned in this book, it's not necessary to read it prior to this story. Even so, that will most definitely be my next purchase!

How to Be Sex Positive with Hypnosis

Being sex positive means different things to different people. For some it simply means acknowledging that sex is a natural ...