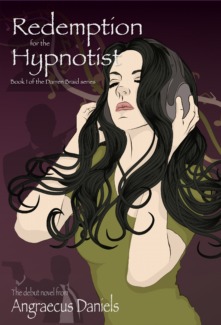 Redemption for the Hypnotist 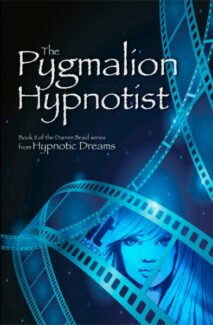 Darren Braid was a respected psychology professor until a student accused him of trying to hypnotize her into sexual slavery. The accusation was recanted, but the university dismissed him anyway. Feeling betrayed, Darren retreats into seclusion. But the FBI believes that his exceptional skill with hypnosis and his tainted personal history make him the perfect undercover agent to infiltrate a sex slavery ring.

I wrote the Darren Braid novels to try to bridge the gap between erotica and reality. Erotica always seems to portray an idealized version of dominance and submission, where dominants are virtually all-knowing, and submissives are all happy and fulfilled. News programs and crime dramas seem to do the opposite, only showing women and children being abused and exploited. But in real life, the positive and negative exist together. People enjoy healthy D/s relationships because they learn from other people’s bad experiences. I’d never seen a story that brought both sides together, and I thought it would be interesting to explore the coexistence of positive and negative relationships.